I recently moved my server from a 2012 Mac Mini to a Raspberry Pi 2, and while the Pi 2 has been doing a great job, another option recently became available to me.

I’ve been using them since 2001, and have only had a single unit fail on me.

I’ve considering using my NAS as my server several times, but until now it required you to install 3rd party software on your NAS, and most of the time the software would stop working when updating the operating system.

In their latest DSM software release they enabled Docker which is a lightweight virtualization technology.

I now have to option to create mini virtual machines with every service i run on my server, and deploy it to my NAS. The advantage to this approach is that each VM is isolated from the host system, and from the other VMs running.

In the screenshot below are some of the services i run, and the total memory consumption is slightly less than 200 MB, that’s how lightweight Docker is. 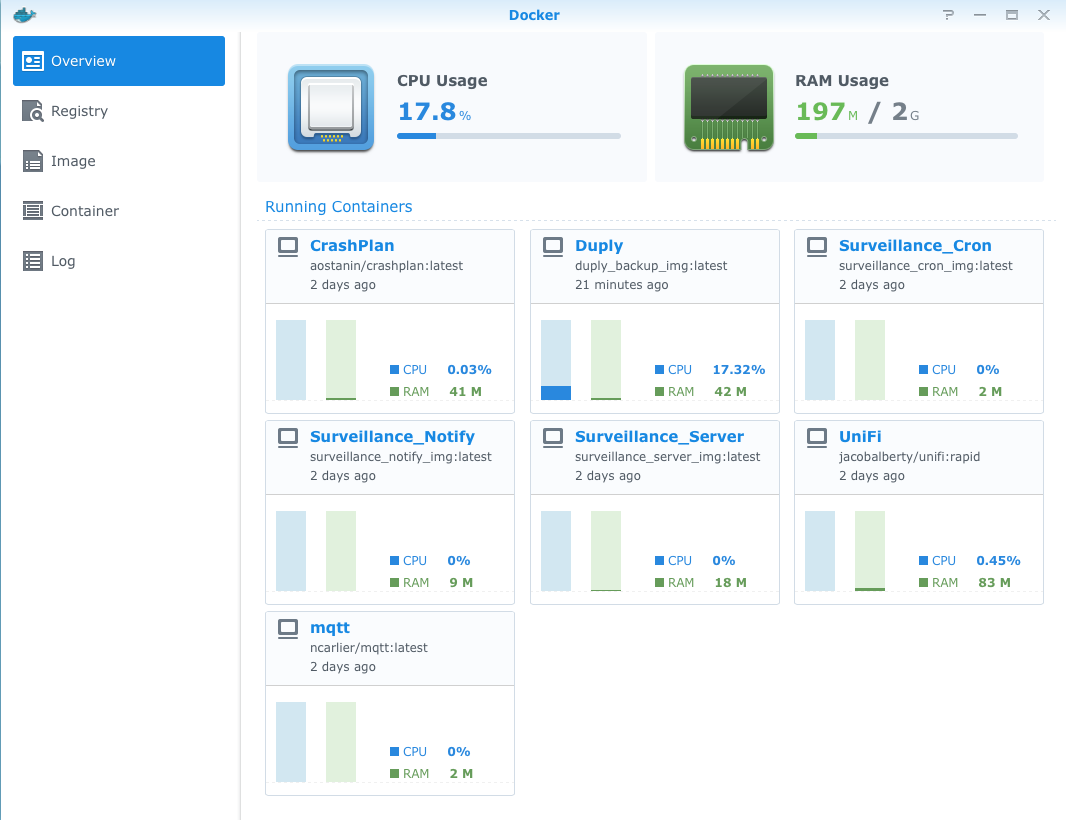 To get my home surveillance (more on that later) service running i had to create a Dockerfile to build a VM image.

While it seemed a bit overwhelming at first, it turned out to be surprisingly easy.

Here’s an example file that just sets up a cronjob for copying RRD graphs from my surveillance to my web server.

While it initially seems like more work, it is now highly portable. I can extract the VM container, move it to a (similar architecture) box, and deploy it, or i can just copy the Dockerfile to another box, and rebuild the image there.

Is it overkill for my needs ? certainly, but it was a lot of fun to setup, and that makes it all worth it.