I’ve been running my UniFi controller off of a Raspberry Pi for a couple of years. It’s been running stable, and at no time did i feel it was underpowered for the task. Upgrading was a bit more cumbersome that i would have liked, but in the end it normally didn’t take longer than 10-15 minutes to perform an upgrade.

When Ubiquiti announced the Cloud Key, which is essentially a Raspberry Pi 2 in an enclosure, with a POE option, i immediately knew i wanted one.

The hardware is shipped in a “iPhoneish” package, and contains the Cloud Key, a short ethernet cable, and a micro SD card.

After powering it up, and checking my DHCP server for the assigned IP address, i was greeted with the following window

After logging in, i was greeted with the following

Nice and concise as i’ve come to know Ubiquiti. It provides the basic functionality, and while i could have wanted a lot more options, it gets the job done.

Now, under the hood the Cloud Key runs a regular Linux, and it wouldn’t be a Ubiquiti product if it didn’t allow complete root access. 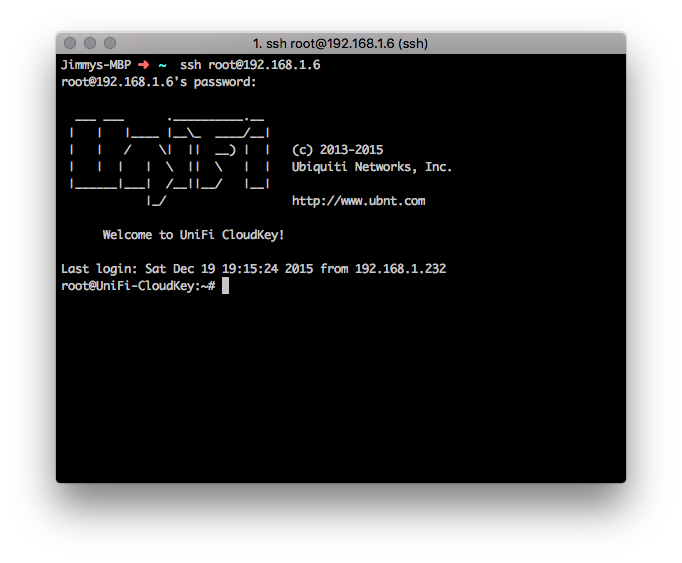 A little bit of poking around shows it runs Debian Jessie, and the UniFi Controller is just the regular UniFi Debian package, although served from a special Cloud Key repository.

It even comes with htop installed

I’ve only had the Cloud Key running for a few days, and so far it does exactly what i expected it to do - provide a UniFi controller in a small, power consumption friendly package.

It does run a little hotter than i’d like, but not too hot to touch or hold in your hand.

I’ve yet to find an area where it lacks power. A full backup with full data retention takes a little while, but no longer than a minute or so.

All in all it’s a very nice product. Personally i don’t gain much from using it over my Raspberry Pi, but it allows me to run the controller on a dedicated appliance as a more or less “fire & forget” solution, and hopefully takes away some of the maintenance tasks.